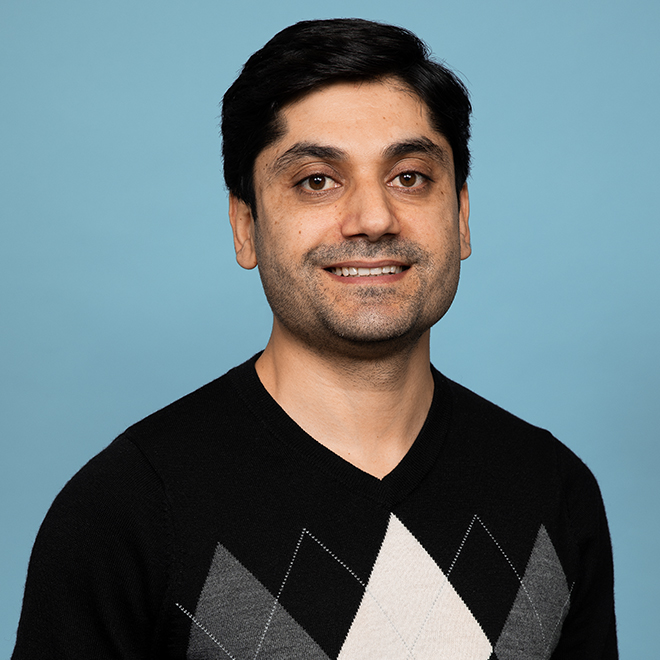 Umair has an M.Sc. in Electronic Engineering, with specialization in Electronic Design from Mid Sweden University Sundsvall. His previous experiences have been within sensors, Position Sensitive Detectors (PSD), micro pumps, converters and in the field of alternative energy sources. Currently he is involved in the technical development of Insplorion’s gas sensors. 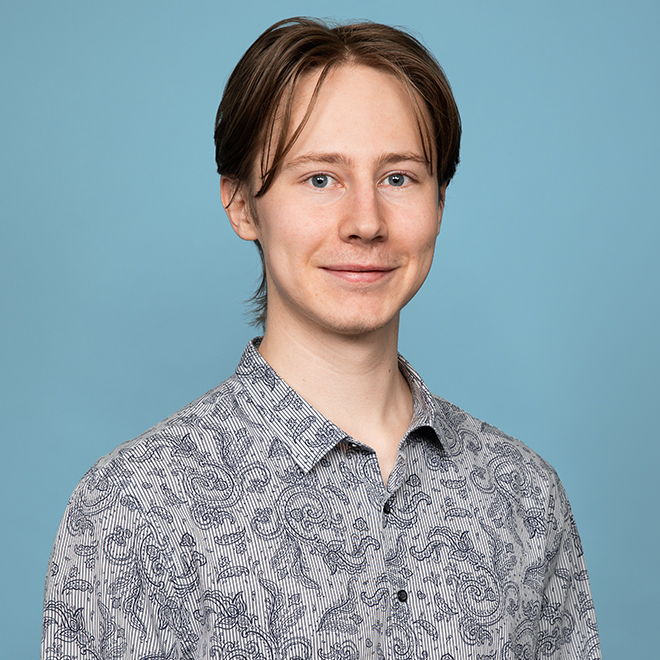 Fredrik has a bachelor’s degrees in mechatronics from Chalmers University of Technology. He did his bachelor thesis in the field of battery systems and data communication. His current work involves the technical development of Insplorion’s battery sensors. 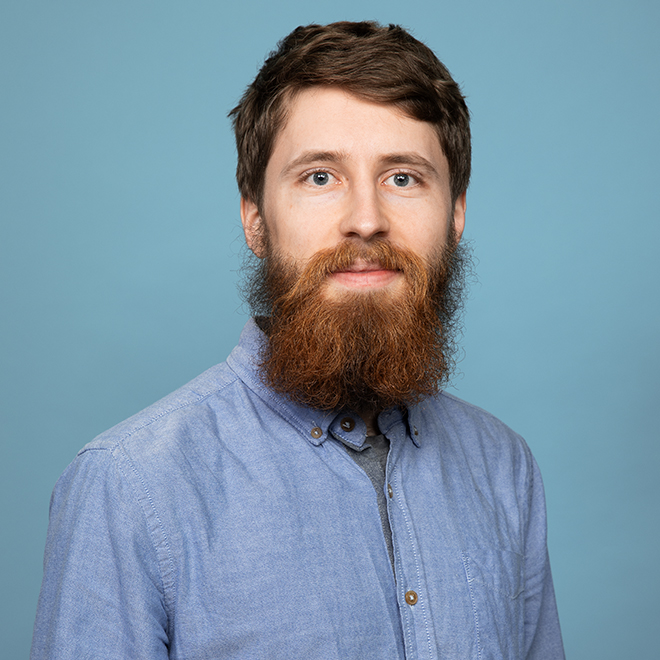 Martin has an MSc in nanotechnology from Chalmers University of Technology and has previous experience with analytical laboratory work. His current work involves the technical development of Insplorion’s gas sensors. 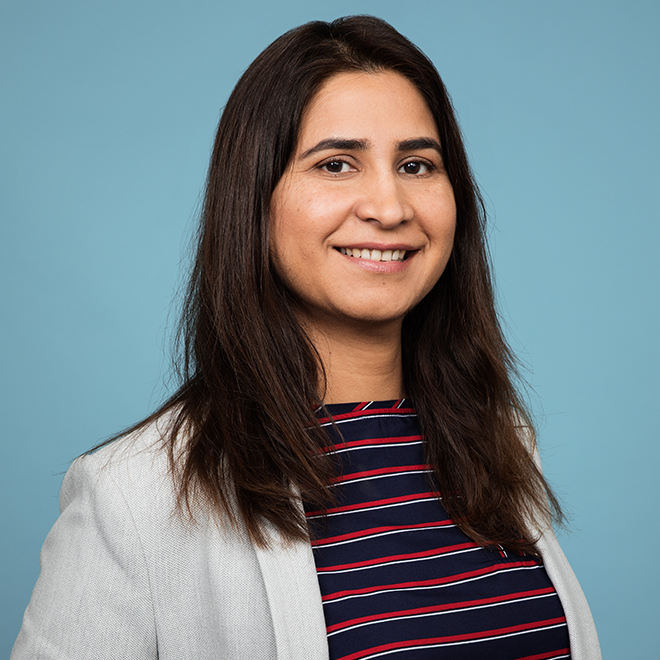 Saima holds a Ph.D degree in Physical Electronics and Nanotechnology from Linköping University and has prior experience in the fabrication of nanostructure-based sensors and optoelectronic devices. Her current role at Insplorion is the fabrication and development of NPS sensors.

Irem has a Ph.D. in Applied Physics from Eindhoven University of Technology in the Netherlands and a M.Sc. in Physics from the Middle East Technical University in Turkey. Her research projects have been mainly on nanostructuring metal surfaces by various techniques and using these structures in different applications, such as solar cells, and photoelectrochemical water splitting. She has most recently been a researcher at the Department of Physics at Chalmers University of Technology and worked on the Air Quality project in collaboration with Insplorion. Her current role at Insplorion is within research and development of Insplorion’s gas sensors. 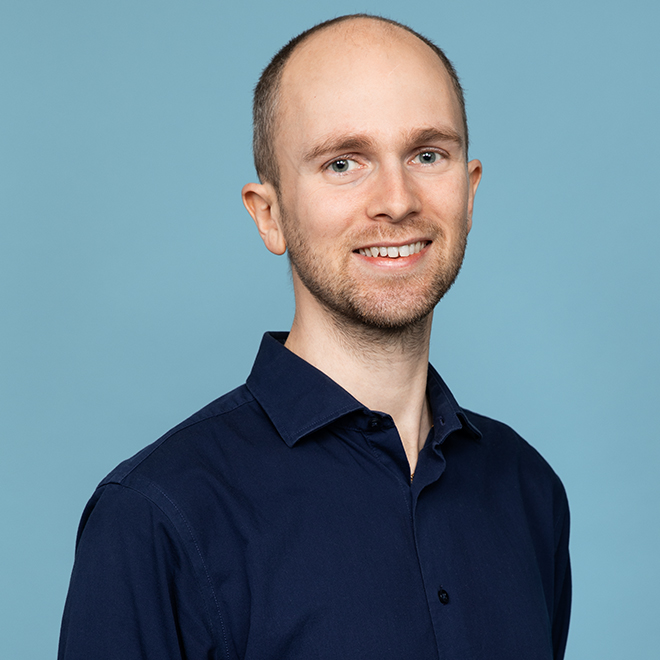 Christian has a master of science in engineering nanoscience specializing within materials science from Lund University. His previous experience has been within the solar cell and semiconductor industry. He primarily works with the development of Insplorion’s battery sensor. 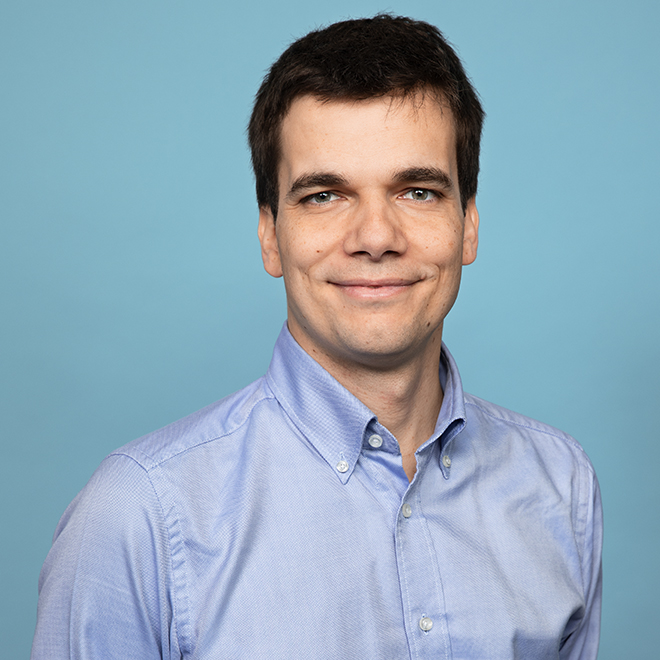 João holds a Ph.D. in Biotechnology from Universidade Nova de Lisboa and is the application specialist, mainly for Insplorion’s research instruments. João has a Licenciatura (4-year degree) in Molecular and Cell Biology and has experience in the development of research tools and methodologies. 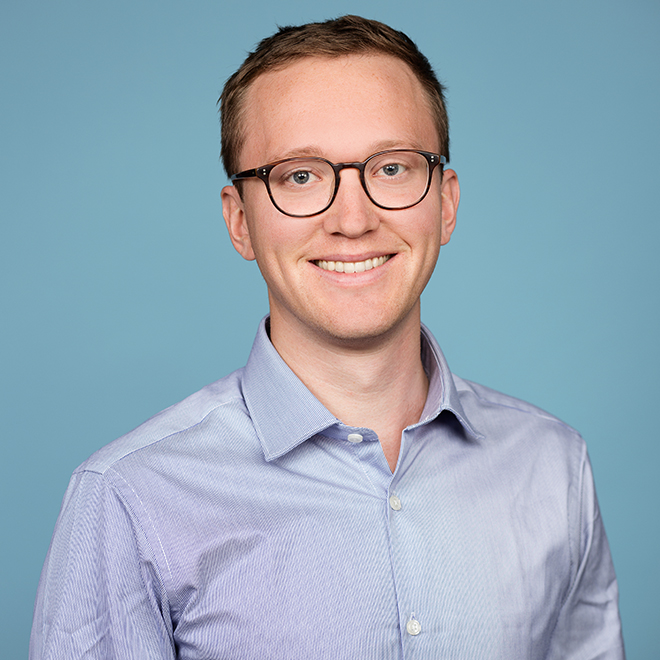 David holds an MSc in Applied Physics, with specialization in material science, at Chalmers University of Technology. His main tasks are within Sensor Systems development. He has prior experience from working with Insplorion´s instrument systems at Chalmers. 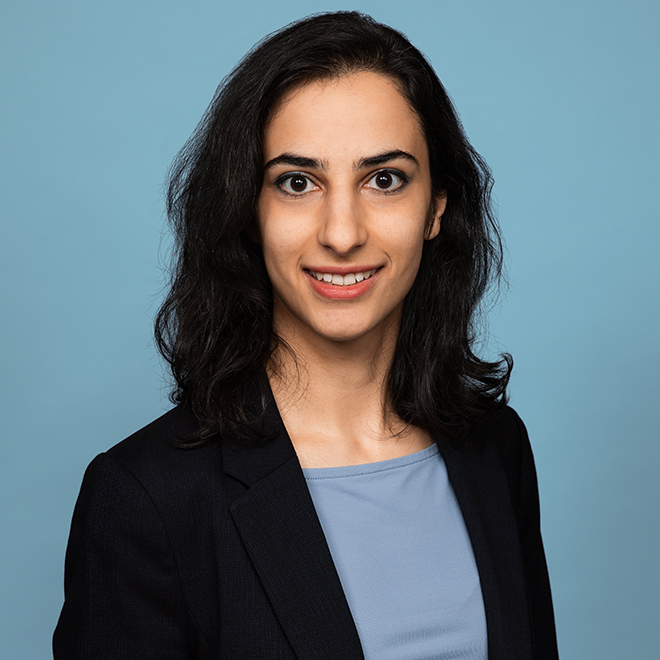 Maryam has a background in nanotechnology engineering from the University of Waterloo, among others, and has worked in the field for over five years. Her experiences have ranged from lab bench to the clean room, from business development and marketing to project management. Her current work involves the technical and business development of new application areas for Insplorion’s NPS platform. 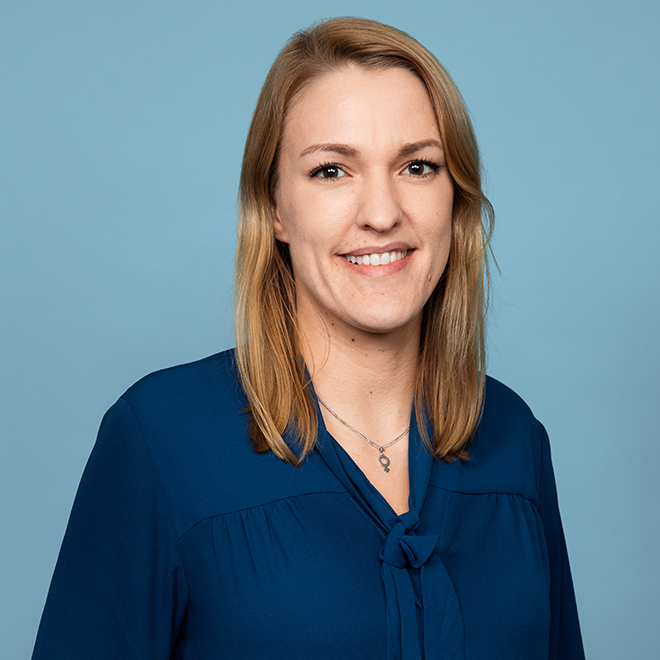 Sara has a background in chemical engineering and holds a master in Sustainable Energy System from Chalmers University of Technology. She has experience from various industrial labs including plenty of hours working with Insplorion’s instruments. Her current work is mainly within instruments and new applications. 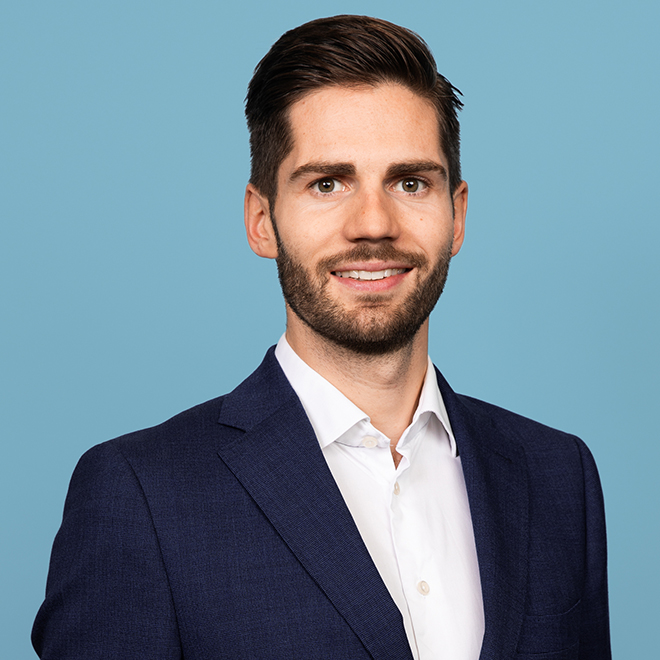 Per has a Master of Science in Business and Economics, from School of Business, Economics and Law in Gothenburg. Per has a broad experience in financial analysis, accounting and forecasting. In previous roles, Per has worked as Business Controller at Vitrolife and as auditor at PwC. At Insplorion, Per is responsible for financial control, reporting and supporting the Business Units. 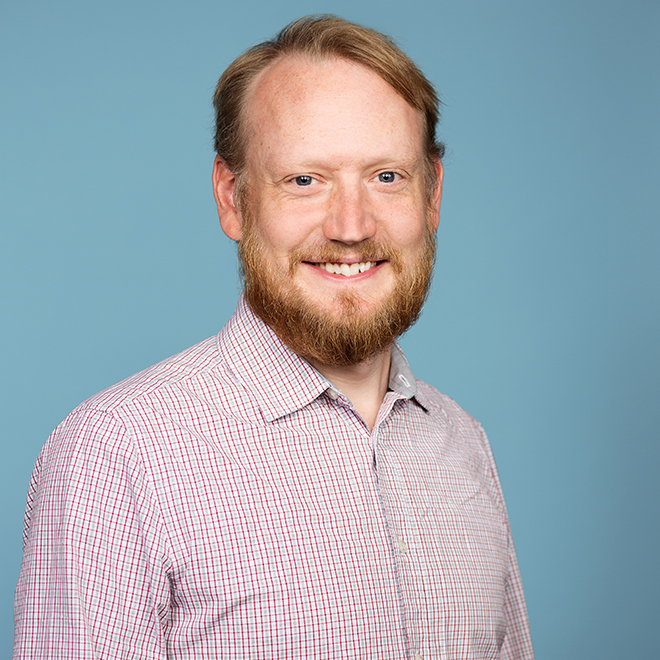 Olof holds a Ph.D. in Sensor Science from Linköping University and is responsible for the development of Insplorion’s scientific instruments. Olof has a M.Sc. in Microsystems and Biosensors and has prior experience from the development of research tools and analytical techniques. 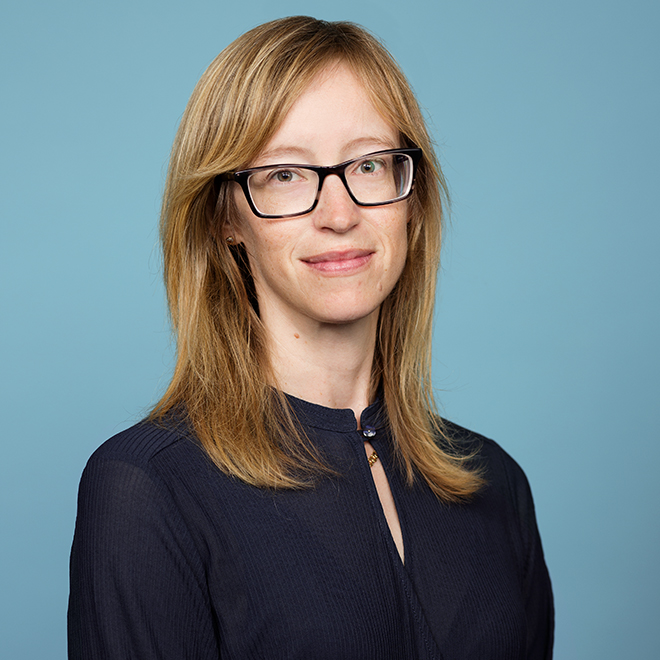 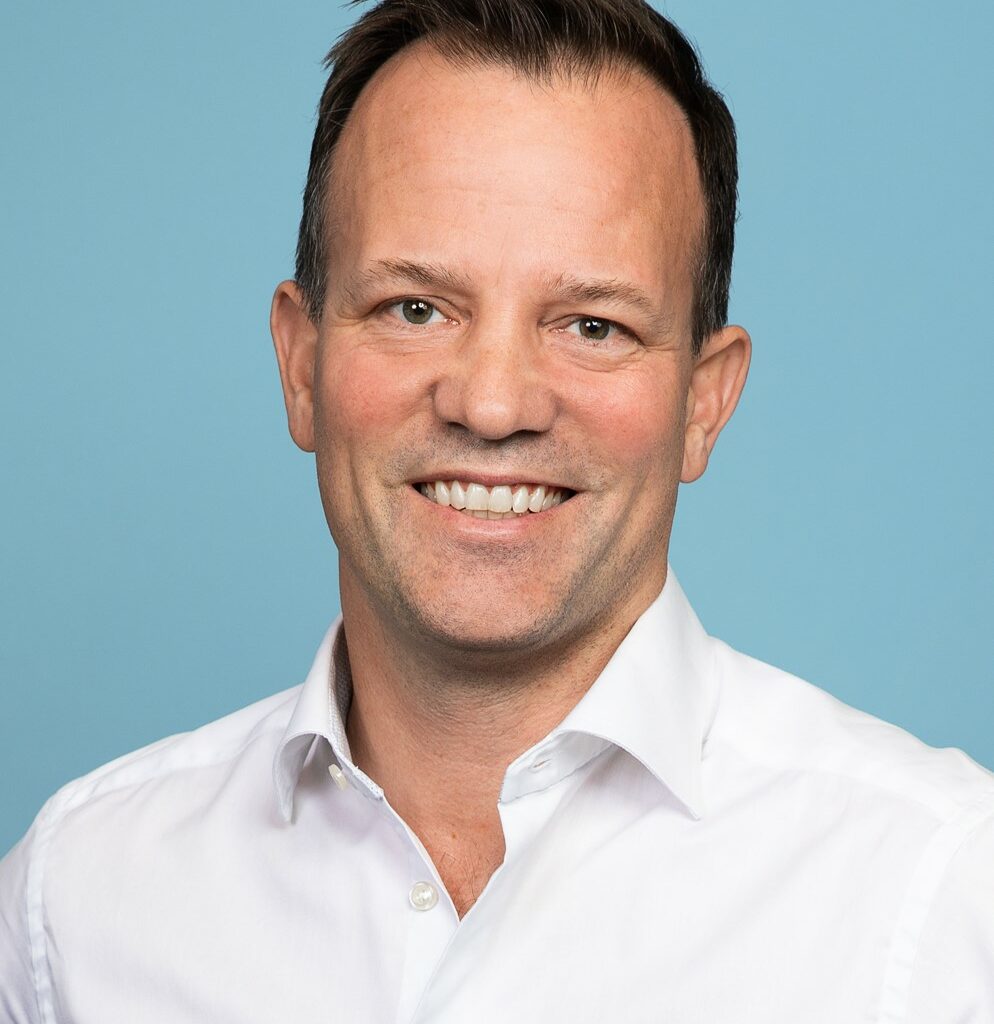 Johan holds a M.Sc. in Industrial Economics and entrepreneurship from Chalmers University of Technology. He has worked in several different areas and has a broad profile. Among other things within Venture Capital, M&A Director at Mölnlycke Healthcare, Business area Director at Abigo (now Essity) and as Chief Strategy Officer at Timik Group AB. He also sits on the board of a couple of companies and has been active in his own company as a business consultant. He lives in Gothenburg with his wife and three children.

Want to see your face here? Take a look at our open positions. 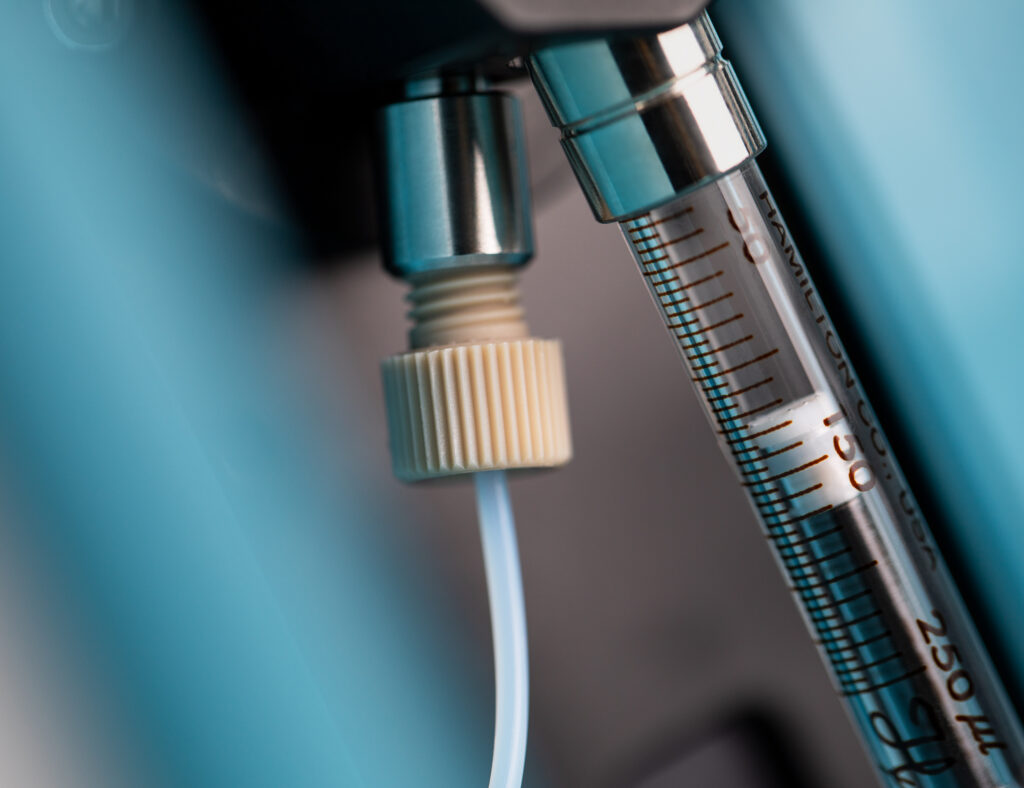 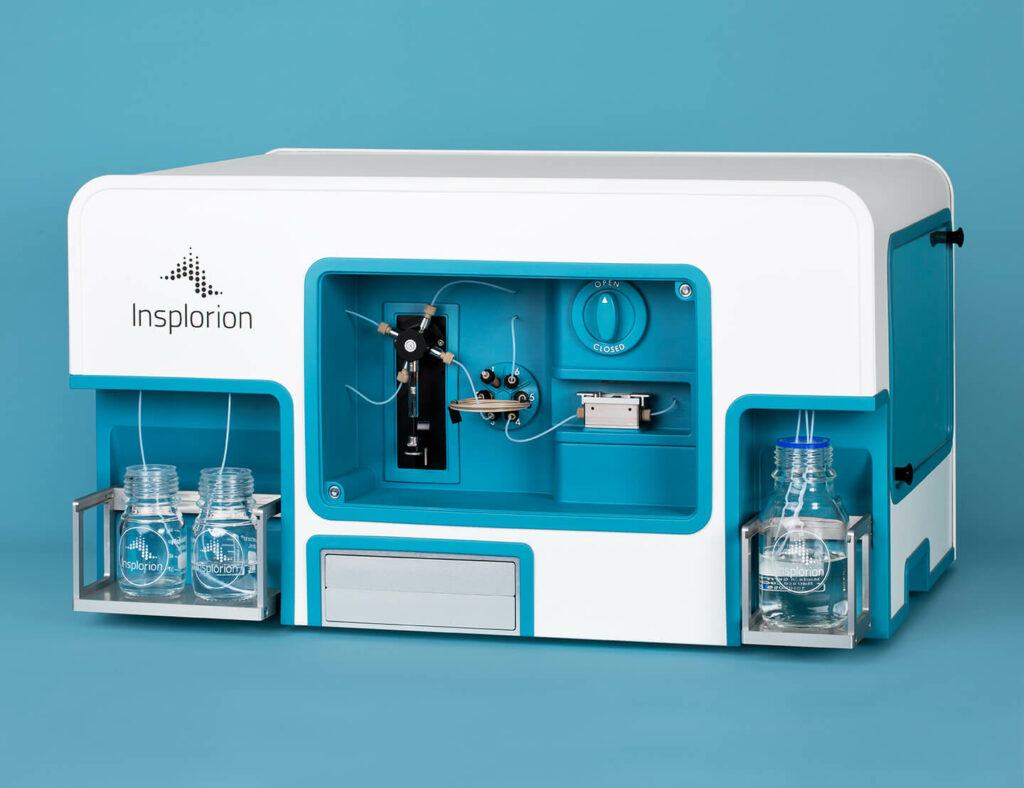 Versatility is at hand. Simple, elegant and robust. The perfect instrument for biomolecular research. 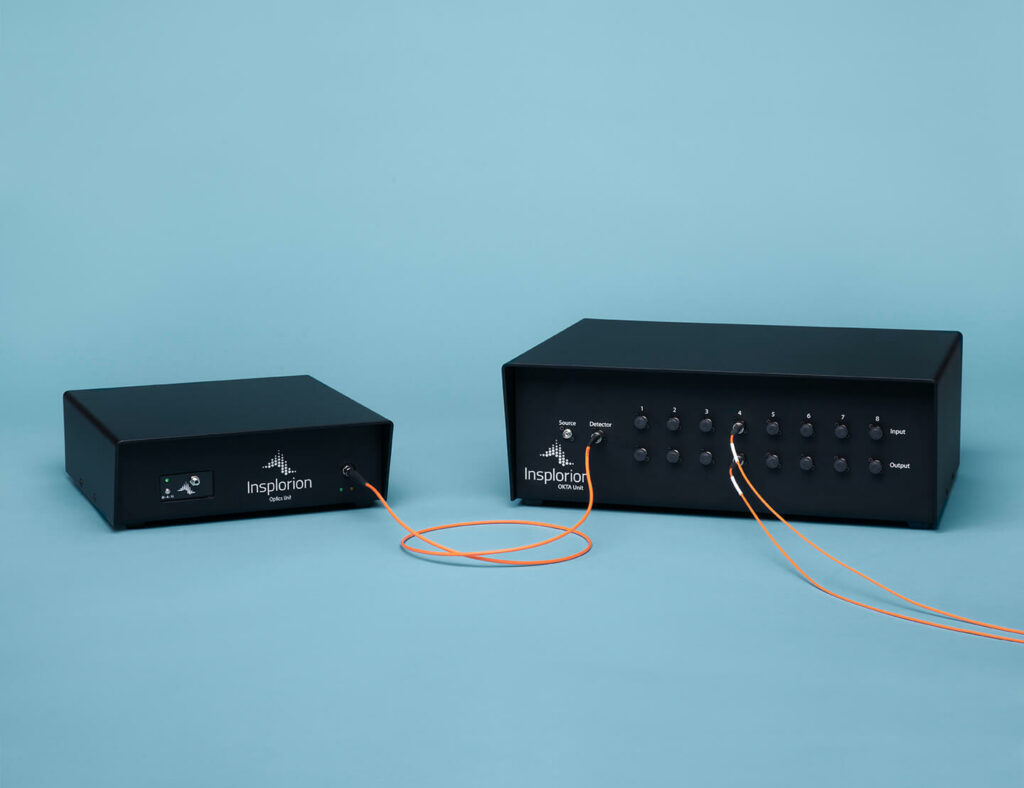 Insplorion M8: 8-Channel Analyser displays an eight-channel readout for in situ studies of materials and processes occurring inside batteries. 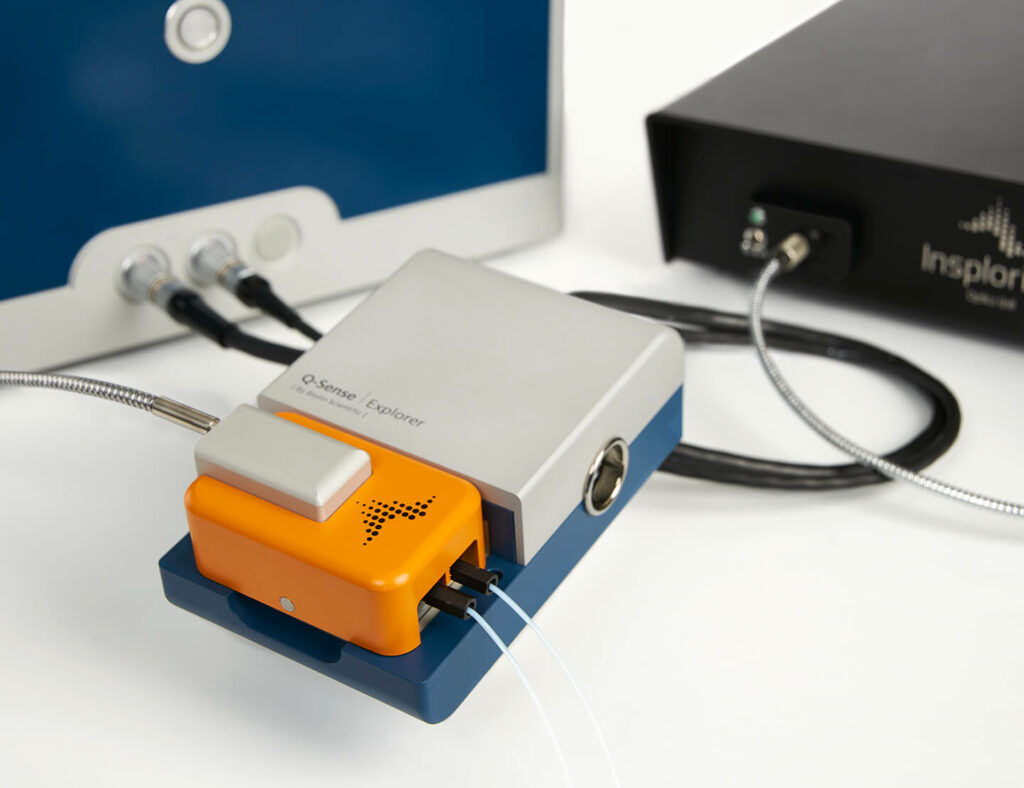 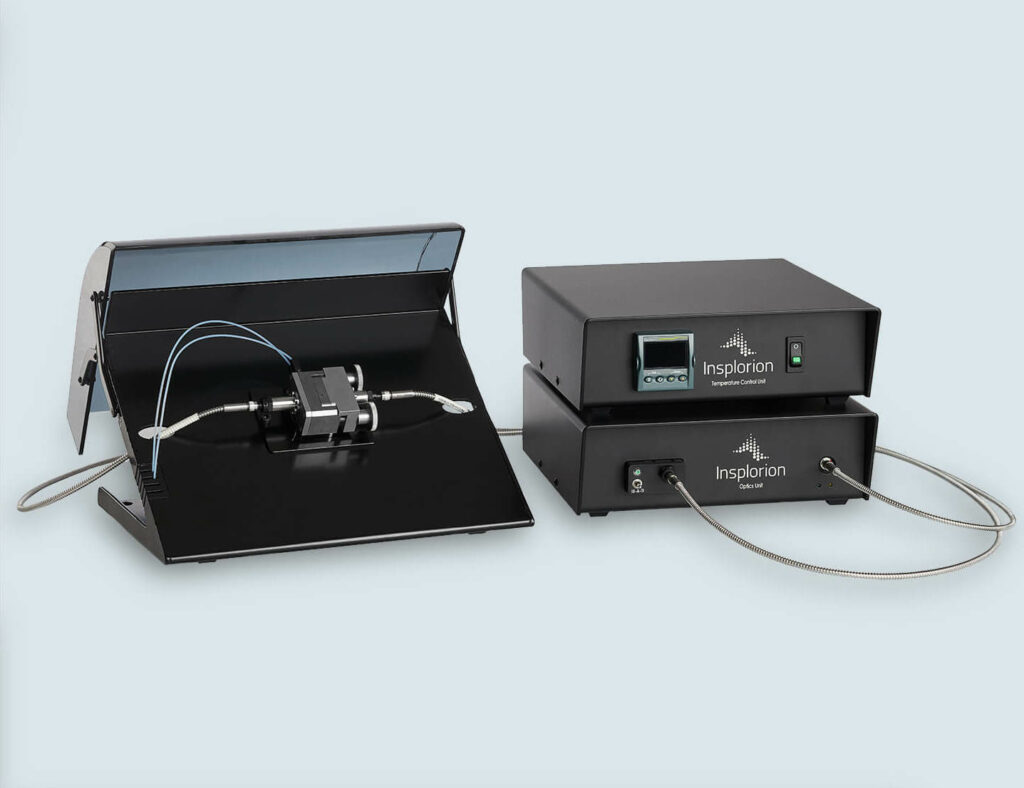 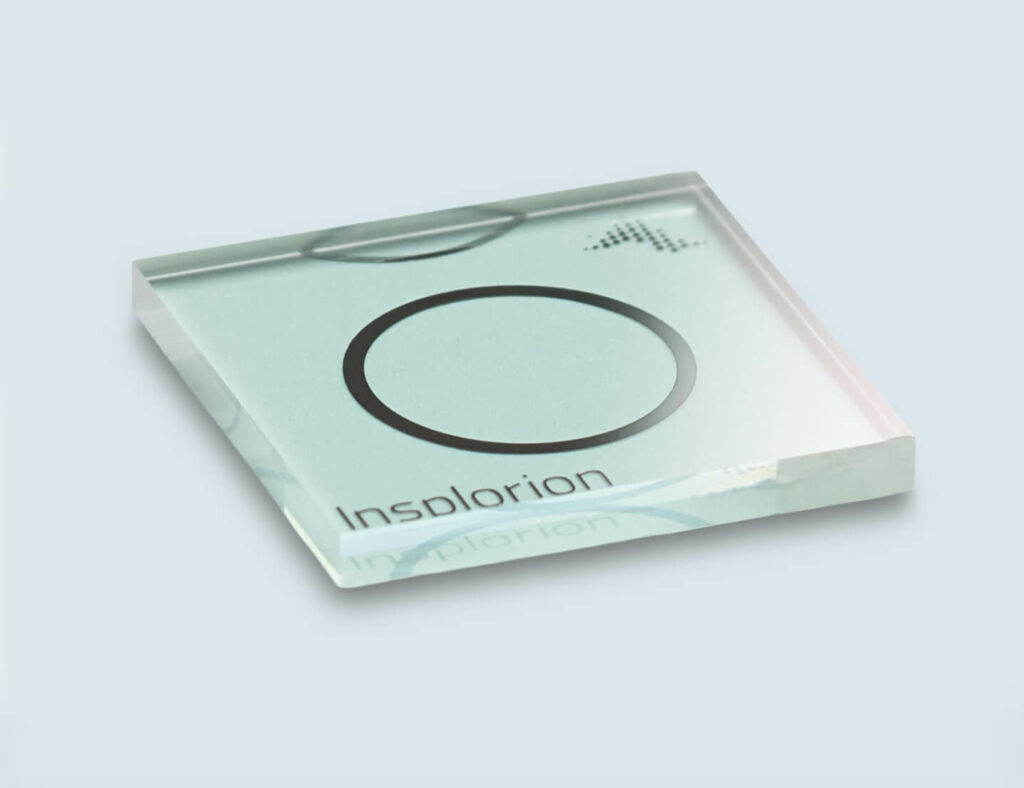 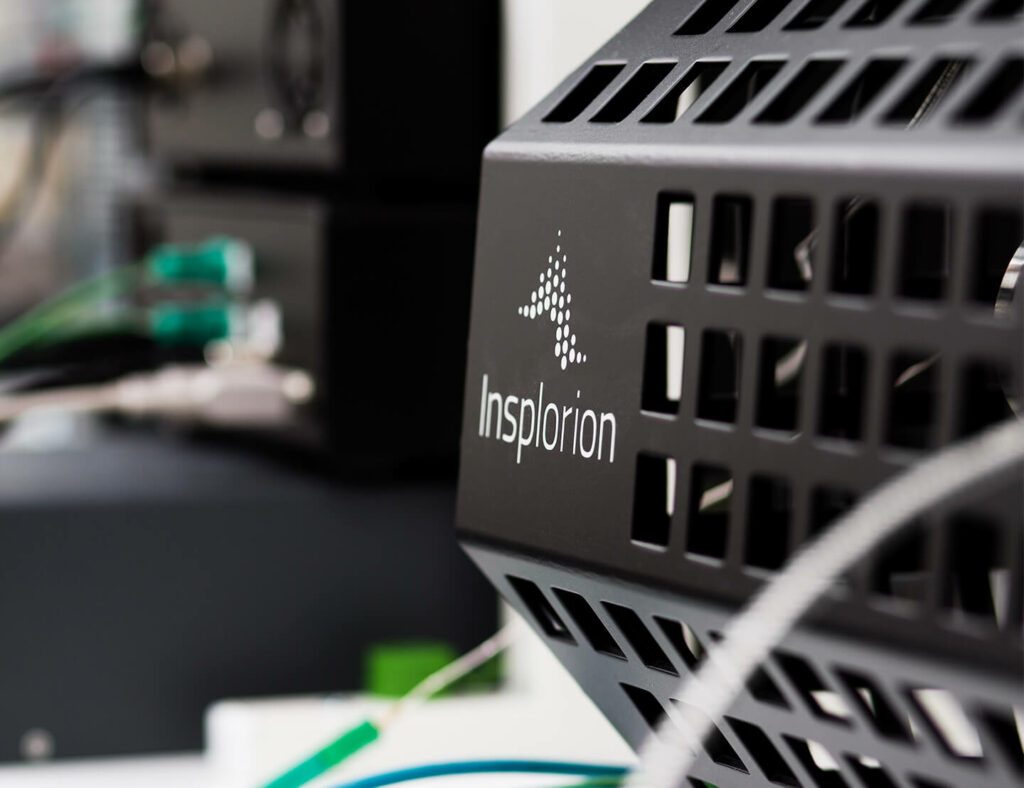 The Insplorion X1 instrument was developed to study for example gas adsorption/absorption processes or phase transitions (e.g. Tg) in thin polymer films and materials relevant to catalysis in situ and in real-time from ambient up to 600C.