The Adaptive Control of Energy Storage (ACES) project aimed to develop and demonstrate adaptive optimisation of battery energy storage services, using artificial intelligence (AI) algorithms. The project was funded by The Swedish Energy Agency, The Research Council of Norway and the German Federal Ministry for Economic Affairs and Energy. 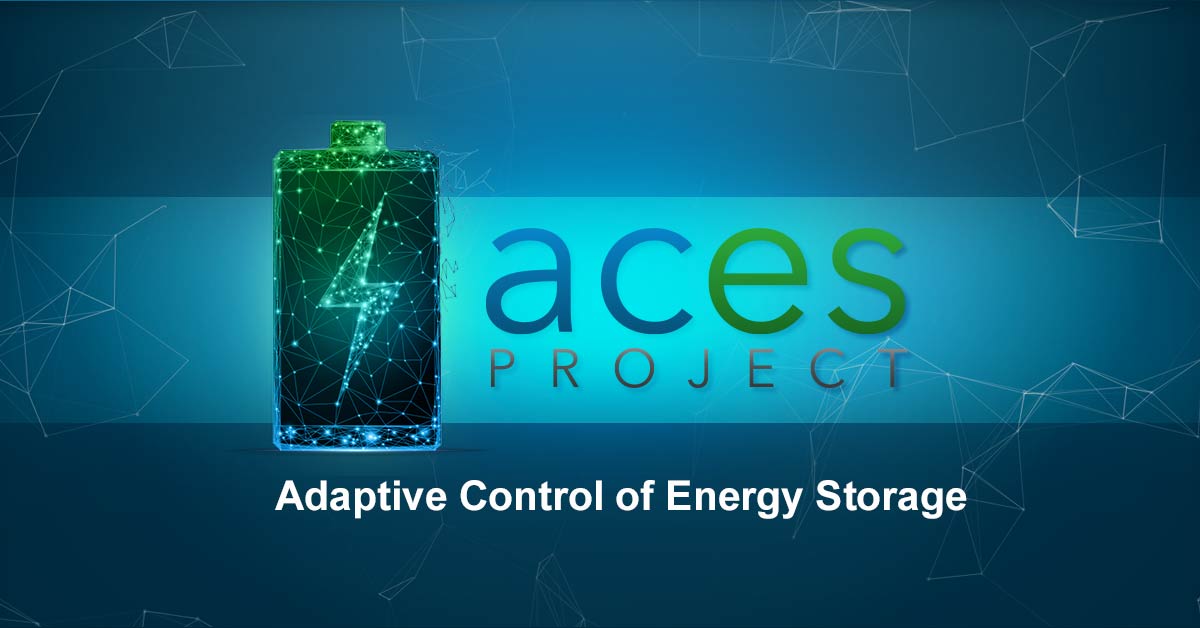 Artificial Intelligence algorithms
The primary focus of the ACES project was to use machine learning and pattern recognition for management of energy storage systems to, for example, improve grid stability and anticipate and reduce the effects of load peaks. An exciting secondary target for the project was to evaluate integrated battery sensors. Insplorion equipped Li-ion battery cells with their NPS-based InBat battery sensors to improve state estimation for batteries comprising energy storage systems.

Digital meetings in the pandemic
Combining AI with advanced battery health and power quality monitoring, new business models and innovative billing solutions, the ACES project aimed to trigger wide-scale deployment in power grids, a critical success factor for the renewable energy transition. Insplorion’s contribution to the project was to equip one of the batteries used in the project with InBat battery sensors for improved information about battery state. Together with partners  Fraunhofer IFF, Metrum Sweden AB, Rejlers Embriq, MINcom Smart Solutions GmbH, RISE (Research Institutes of Sweden) and Glava Energy Center, Insplorion managed to fulfil the project with good results despite the pandemic situation in the world. To maintain the restrictions imposed in the different countries, meetings and installations otherwise planned for in-person were conducted in digital format, which allowed the project to carry on without any major delays.

Integrated into Li-ion battery pouch cells
Insplorion’s InBat battery sensor was implemented in external, commercial settings as part of a demonstrator in the ACES project. Integrated into Li-ion battery pouch cells manufactured by UK-based collaborator AMTE Power, the sensors were connected as part of a small-scale demonstrator at Fraunhofer IFF in Magdeburg, Germany. Due to the pandemic situation in Europe, preventing travel, we had to come up with a different way of helping the team at Fraunhofer IFF set up the sensor-equipped cells at the demonstrator in Germany. As such, we set up a series of video meetings to guide the connection and installation of our NPS sensor at the site in Magdeburg. Despite the non-ideal conditions the installation was successful and the tests could be carried out according to plan.

Nanoplasmonic sensing
The NPS based fibreoptic battery sensor provides a stand-alone input that reacts to physicochemical changes inside the cell, complementing pre-existing voltametric methods of estimating a battery’s State of Charge (SoC) and State of Health (SoH). To showcase that the additional input signal from the battery sensor can provide extra value, two sets of battery cells were compared with each other; one set where the cells had integrated sensors and one set of cells without sensors.

Encouraging results
By running the same charge and discharge protocol for both sets of cells we demonstrated the possibility of extracting more information, with which the pre-existing operational strategies may be further optimized. In this project we showed that the NPS signal correlates well with the charge level as well as the health (capacity) of the cells. Additionally, as expected, the electrochemical performance was shown to be identical for cells with and without sensors, showing that the presence of the sensors inside the cells did not influence the electrochemical processes.

With the ACES project we have taken the firsts steps to implementing our NPS sensors in commercial batteries for energy storage. The results are very encouraging, providing a small piece to the greater puzzle that is the power grids of tomorrow.