David and I were in Västerås on Tuesday for a special event at Synerleap. Avid followers of our blog and Twitter would have come across a couple of posts mentioning our collaboration.

For those of you that are new, Synerleap is ABB’s innovation growth hub, and aims to help startups accelerate and expand on a global market together with ABB, by offering membership, investment and access to ABB’s networks, clients and technology. Insplorion became a member of Synerleap in October of last year via the larger consortium project of ACES for our battery sensor. We have participated in a couple of events since then, including the Synerleap Springboard in March, where our winning pitch lead to an award of $30k USD for a proof-of-concept project on sensors for water quality.

To quote Synerleap’s Peter Löfgren: SYNERgies for taking the LEAP. And leap we did!

Tuesday’s event was special in that it was only open to members of Synerleap, who were given the opportunity to pitch their companies to 80 top global technology managers at ABB. While I pitched twice, both David and I had our hands full during all four of the networking sessions. We spoke with highly technical people who were interested in our core technology and the possibilities of its application, though the majority were keen on learning more about our battery sensors. As a bonus, I finally had the chance to meet one of our counterparts for the water quality project face-to-face!

Overall it was a great event and a wonderful opportunity to meet people across ABB and from all over the world. Since Synerleap is turning 3, we celebrated with some balloons and cake! I later found out the two unicorn balloons represent two unicorn companies at Synerleap. Quite exciting!

As both projects move forward, more visits to Synerleap are definitely in the cards.

Maryam during the tight 60 second pitch. 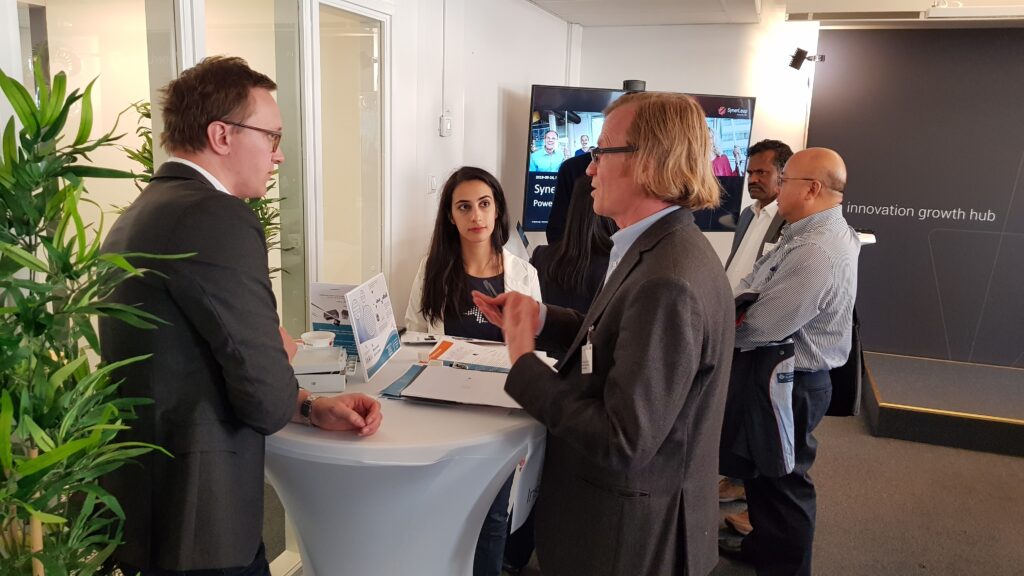 David and Maryam at the Insplorion booth. 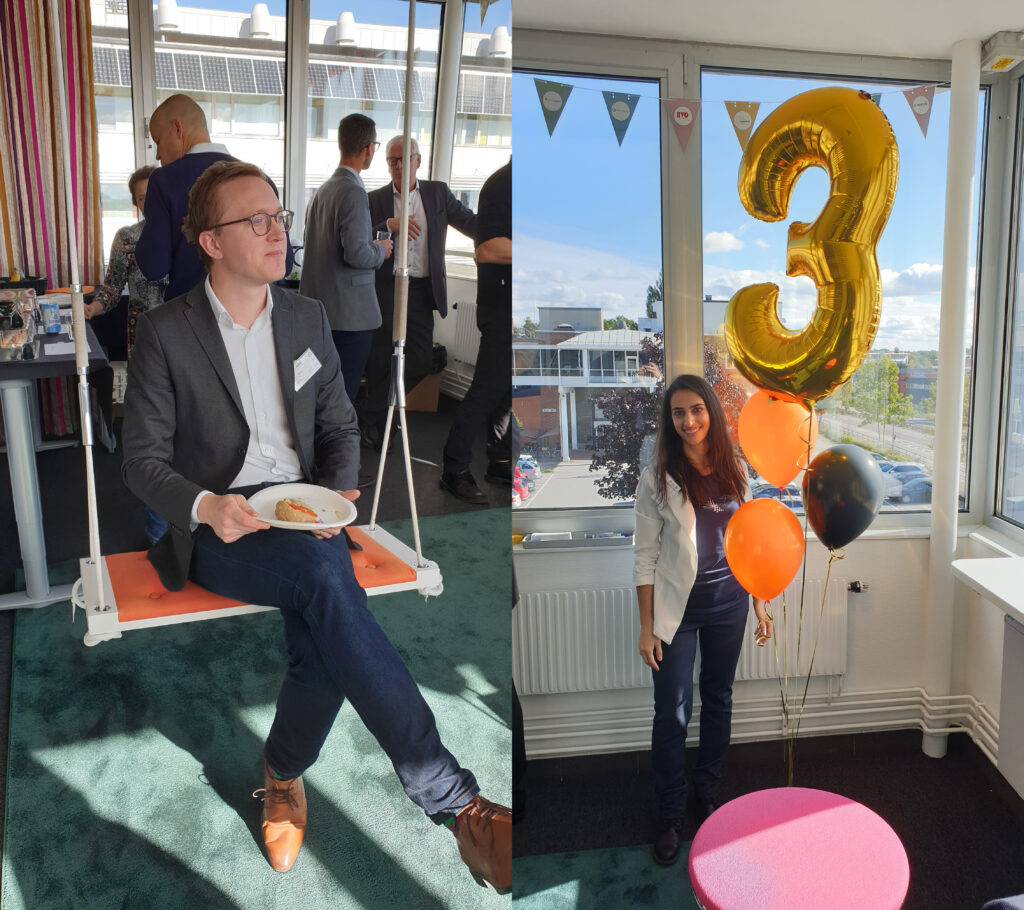 David gazing into the distance and contemplating how swings in the office impact innovative thinking and Maryam feeling happy at Synerleap’s third birthday. 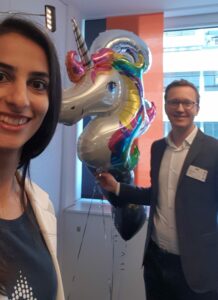