InAir-NO2 – Updates from the Team

The spring and summer months have been filled with both production and commercial activities for the Insplorion InAir-NO2 sensor. While our applications team engage in customer- and field tests with collaborators, our sales team focuses on bringing in new contacts, matching product features with customer cases and building sales channels. Most cases have meant adjustments for specific applications, the main being within urban monitoring in Smart Cities and controlling ventilation. Here are some highlights related to these activities:

We’ve increased production and calibration workflows for our NO2 sensors to meet the increasing demand. We have upgraded our gas flow setup to enable parallel experiments with different gases to be run at the same time. This allows us to calibrate sensors for both NO2 and H2 while running development activities at the same time. While production and sub-assembly lines are being setup externally, we see a definitive need to keep the final QC and calibration in house. To that end, our new calibration setup houses twice as many sensors, several boxes can be connected in series, and it allows for fully controlled and systematic calibrations. Altogether making our calibration process more robust as we ramp up production. 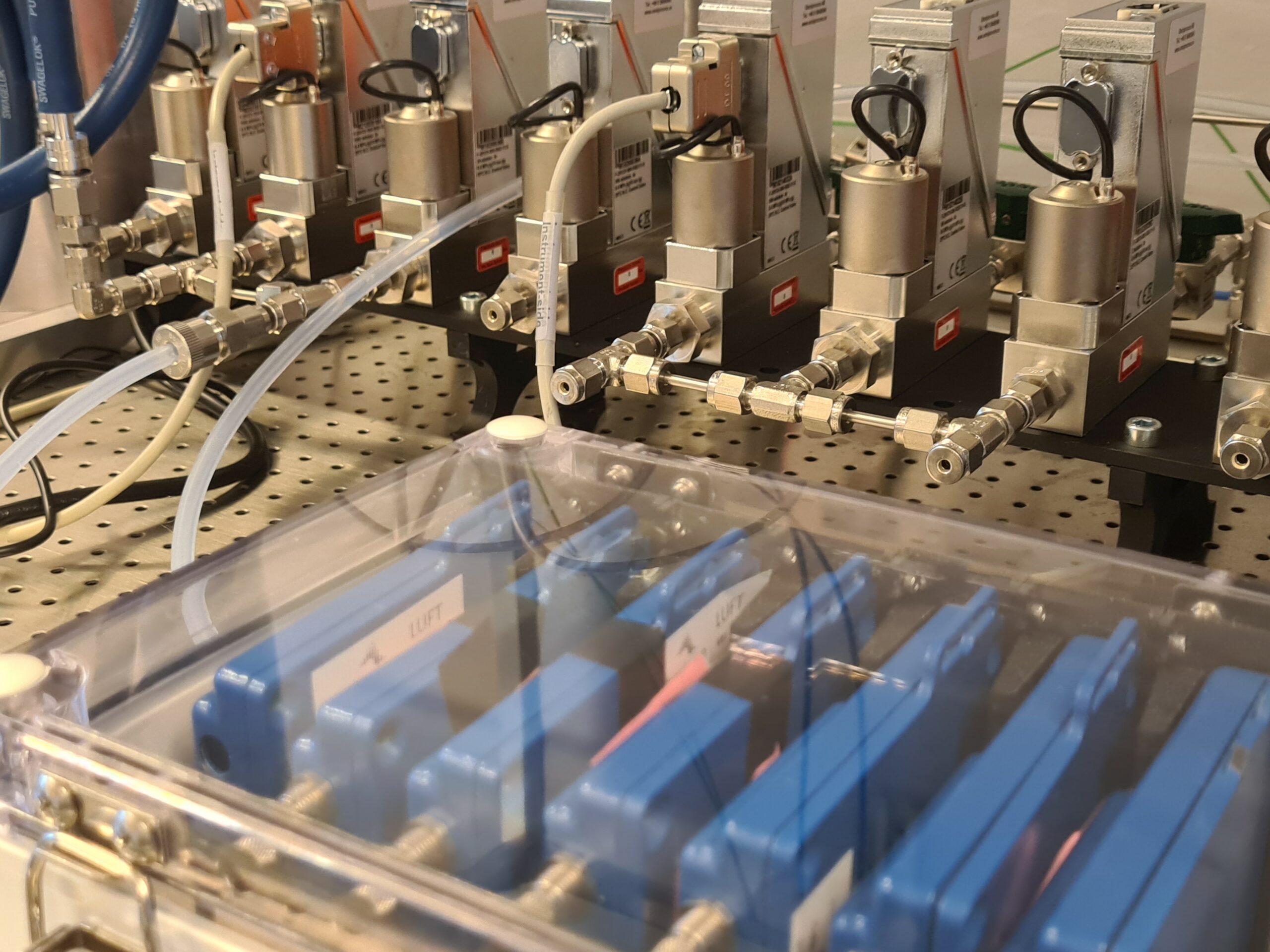 The bulk of the InAir-NO2 sensors are made to be integrated with other products in customer collaborations, where connectivity and sensor readout is accomplished over a wire. For direct and easy deployment, the sensors can be placed directly outdoors and operated over a wireless network. Adequate protection from the environment and good placement is absolutely necessary as rapid temperature changes, moisture, and other parameters can have an adverse effect on the sensor performance. We have a slim protective hood to cover the InAir-NO2 for outdoor placement to protect it from the weather elements. 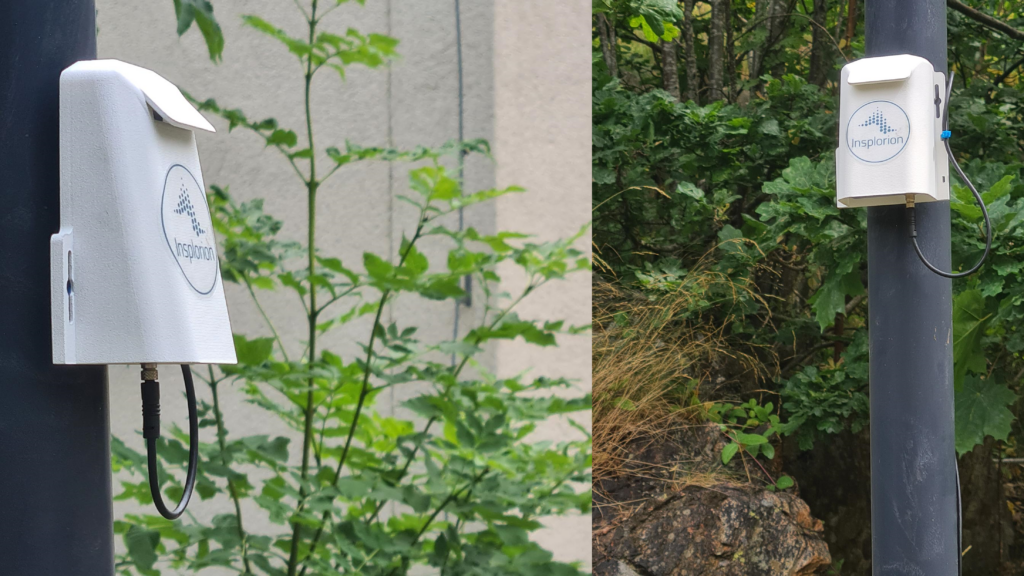 Data from field measurements are valuable for continued commercial activities to demonstrate the potential of the sensor. In the figure below one week of data from one of our colocations experiments in Sweden is shown. While sensors such as ours are not designed to be replacements for reference instruments, they can play an important role as indicative measurements to complement these instruments with better local coverage.

The upper graph shows the signal from our InAir-NO2 sensor and the lower panel is a corresponding measurement from a nearby reference station. The levels are generally very low in this measurement which is good but on some occasions the limit of 20 ppb is exceeded. These type of results can be visualized in a heatmap where a brighter colour indicates a higher risk of potentially unhealthy exposure to NO2.

Aside from the sensors in Gothenburg we have ongoing collaborations in other locations in Europe, and some sensors have been sold to external projects.

One of our collaborations, with Urban Flows Observatory in Sheffield, have had some sensors for a few months now. During this time the sensors were run indoors for a short period to check their behaviour, and later deployed onto the Mobius van for outdoor tests. The Mobius includes an array of various reference equipment including a NO/NOx/NO2 instrument.

“The sensors from Insplorion looks promising in finally delivering a cost effective method to monitoring NO2 levels reliably. An early peak at the data suggest that these monitors capture the concentration and the trends well, but, at this stage more research is required to understand how the sensors is performing in different conditions and levels. Therefore, comparing the data in different traffic profiles will be crucial to further assessing the calibration and accuracy of these sensors.” Says our collaborator Rohit Chakraborty.

From here the sensors are planned to be split up at two locations in Sheffield with where higher traffic is present.

The expansion of reference sites, adjustments of integration procedures and protocols for different user cases, and scale up of production are all important steps to increase both the number customers and scale of sales. We are looking forward to a busy summer, and an even busier autumn.