What will the power grid of the future look like? Historically, electricity has been supplied to homes, businesses, and industry primarily from nuclear, coal, oil, and hydropower, sources that are stable and continuous, and that can be turned on more or less immediately when required. The future, however, will likely look drastically different as the shift towards renewable energy sources brings intermittency. After all, the amount of solar energy generated at night is quite limited, and there are days with little to no wind (although those of us living in the coastal regions might find that hard to believe). How do we address the fact that most of the solar power is generated during the middle of the day when in fact peak hours of electricity consumption are in the mornings and early evenings? 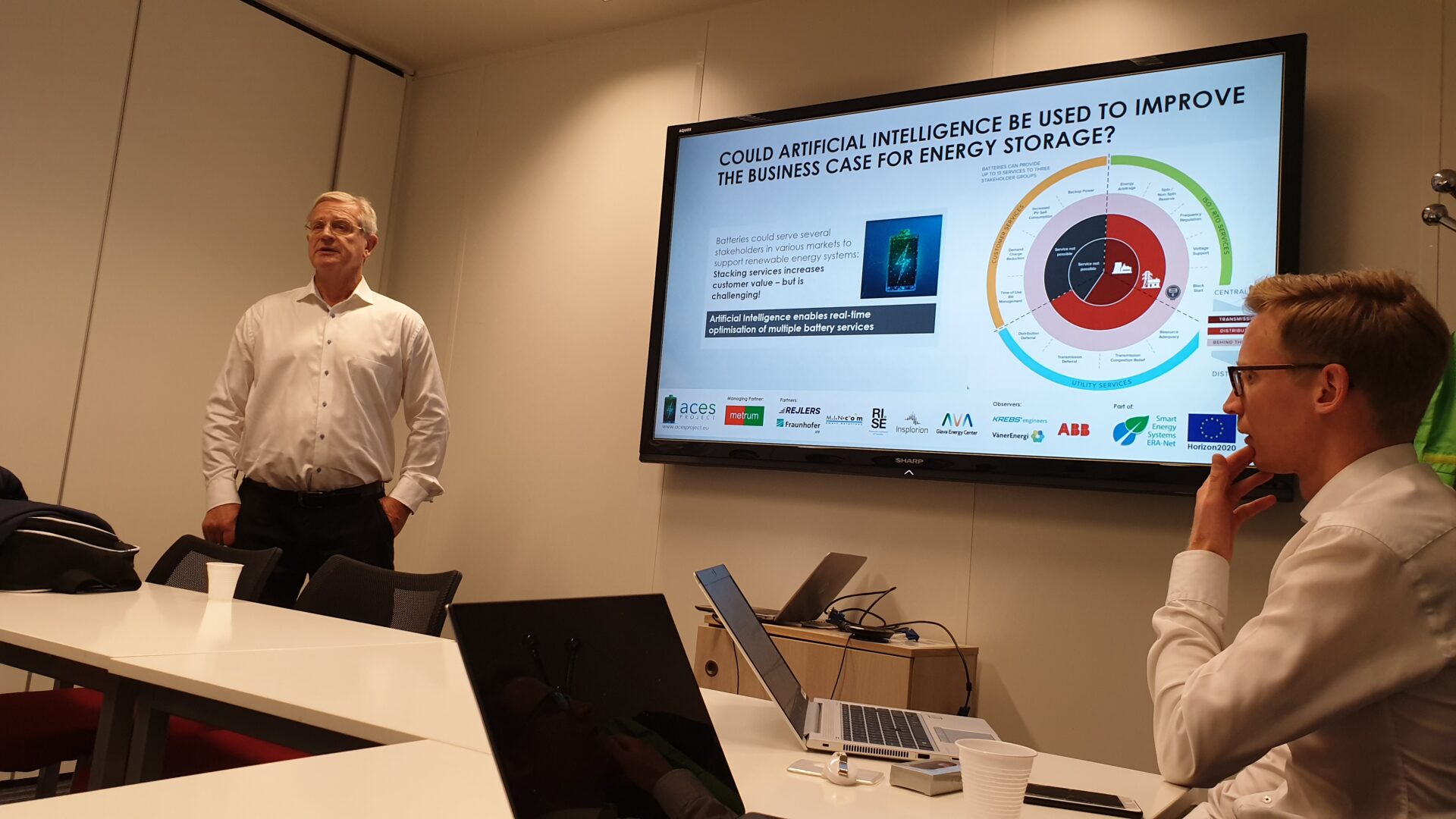 One answer might spell BESS, that’s Battery Energy Storage Systems. Principally, a party, be it private owner, distribution system operator (DSO), or transmission system operator (TSO), invests in a BESS with which they hope to sell services to the grid, such as peak shaving or frequency control. Unfortunately, owning such a system today might not be a profitable enterprise due to regulations, taxes, and uncertainties. This is what Insplorion and project partners hope to fix through the Adaptive Control of Energy Storage, or ACES project. By implementing machine learning and AI the project aims at making it easier and more profitable to invest in and own energy storage units. Finally, integrating Insplorion’s InBAT battery sensor into the cells in the energy storage unit allows for operation optimization through better tracking of State of Charge, State of Function, and State of Health of the batteries.

Last week, the ACES project partners and observers came together in Paris during European Utility Week. The agenda: project steering and planning but also to meet and hold workshops with the Project Reference Group. The Reference Group, consisting of e.g. ABB, Vattenfall, AGM Batteries, VänerEnergi, and RISE, represents potential customers or entities with an interest in the project and its outputs. Overall, productive and important discussions were had, great feedback was obtained from the reference group, and the project partners are now more aligned and focused on the work at hand during this second half of the project.

To learn more about the ACES project, visit https://www.acesproject.eu/ 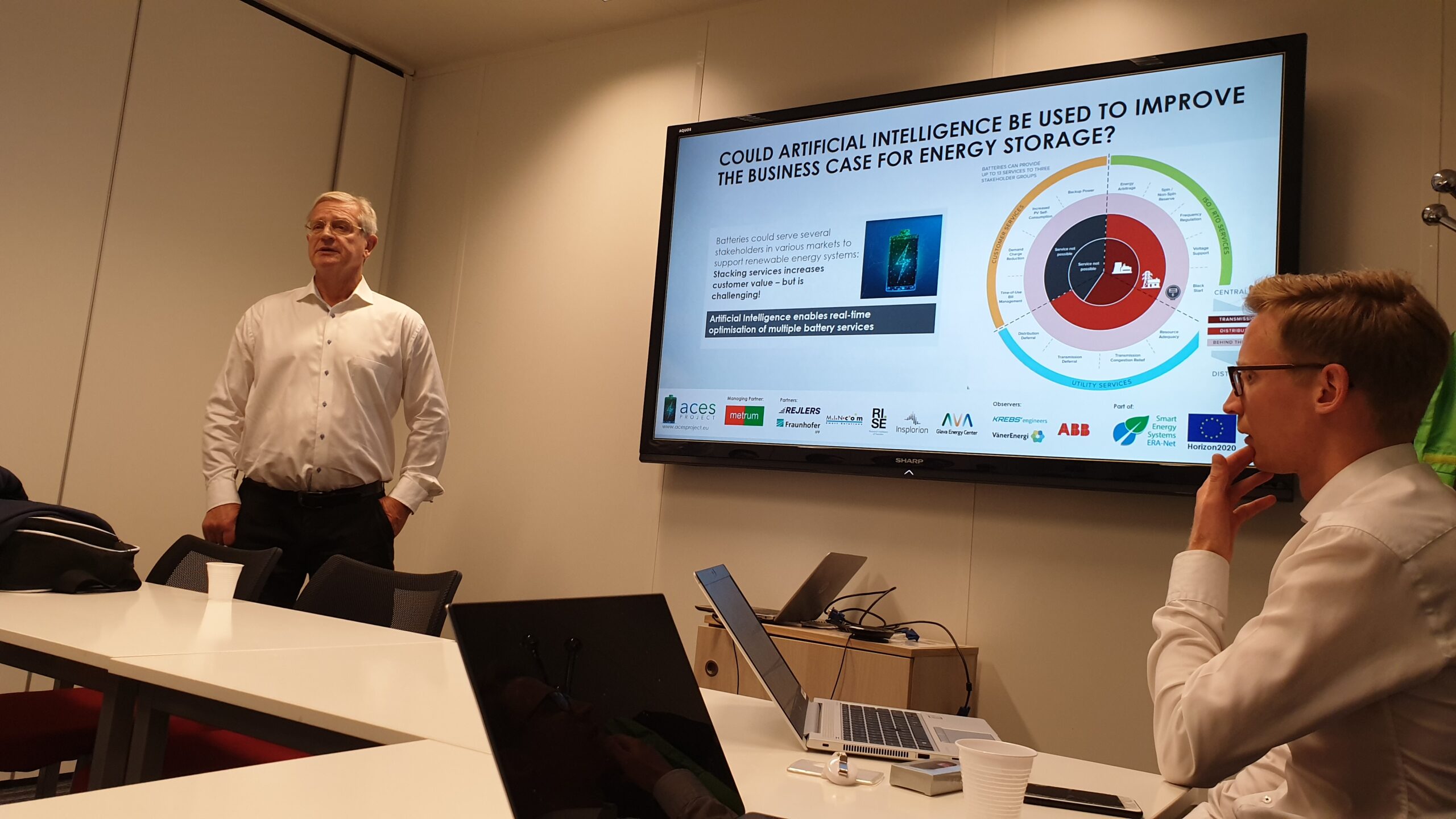 Lars Olsson, key founder of the ACES project, introducing how the core concept of adaptive control can be used in various energy storage applications. 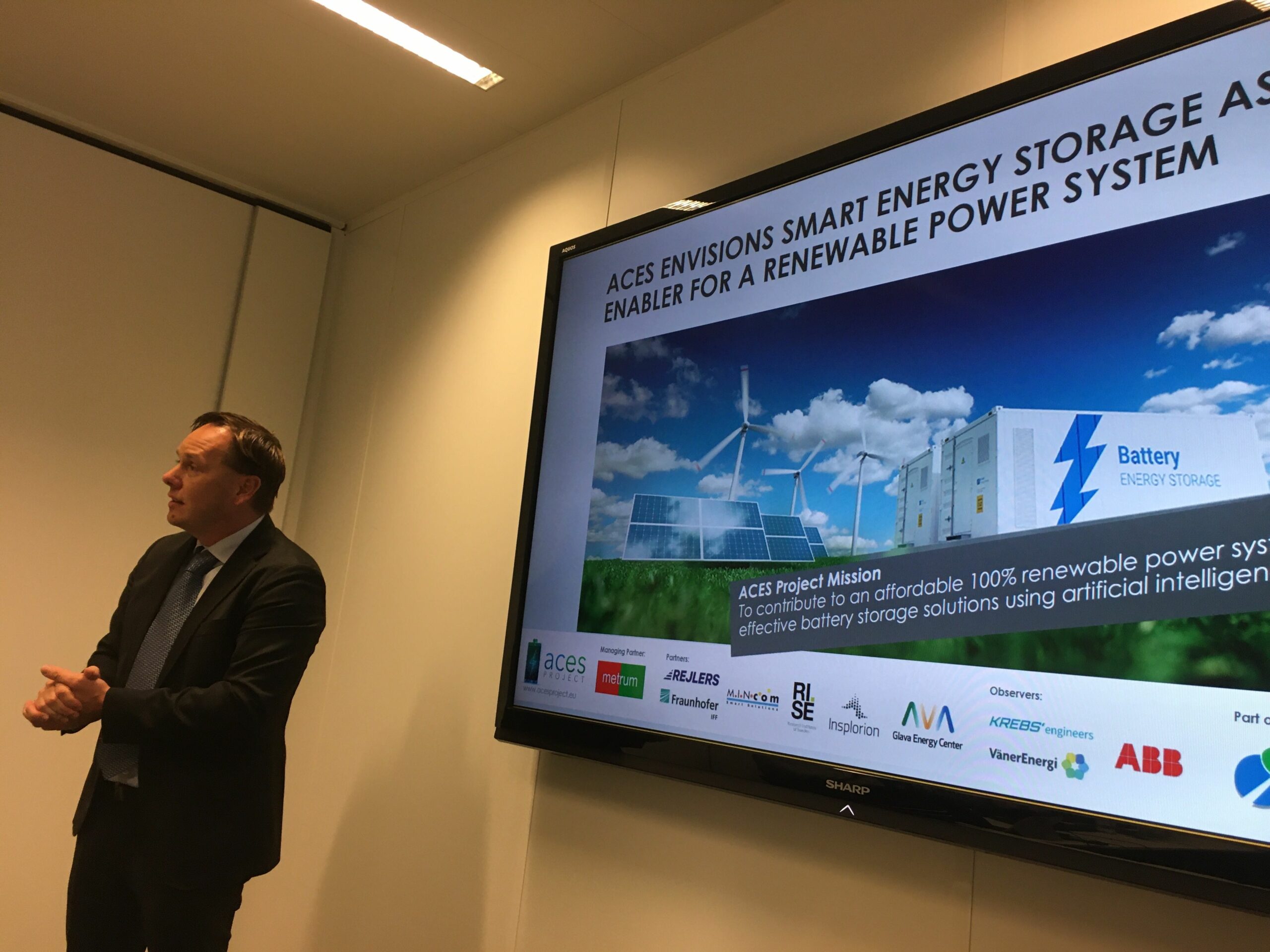 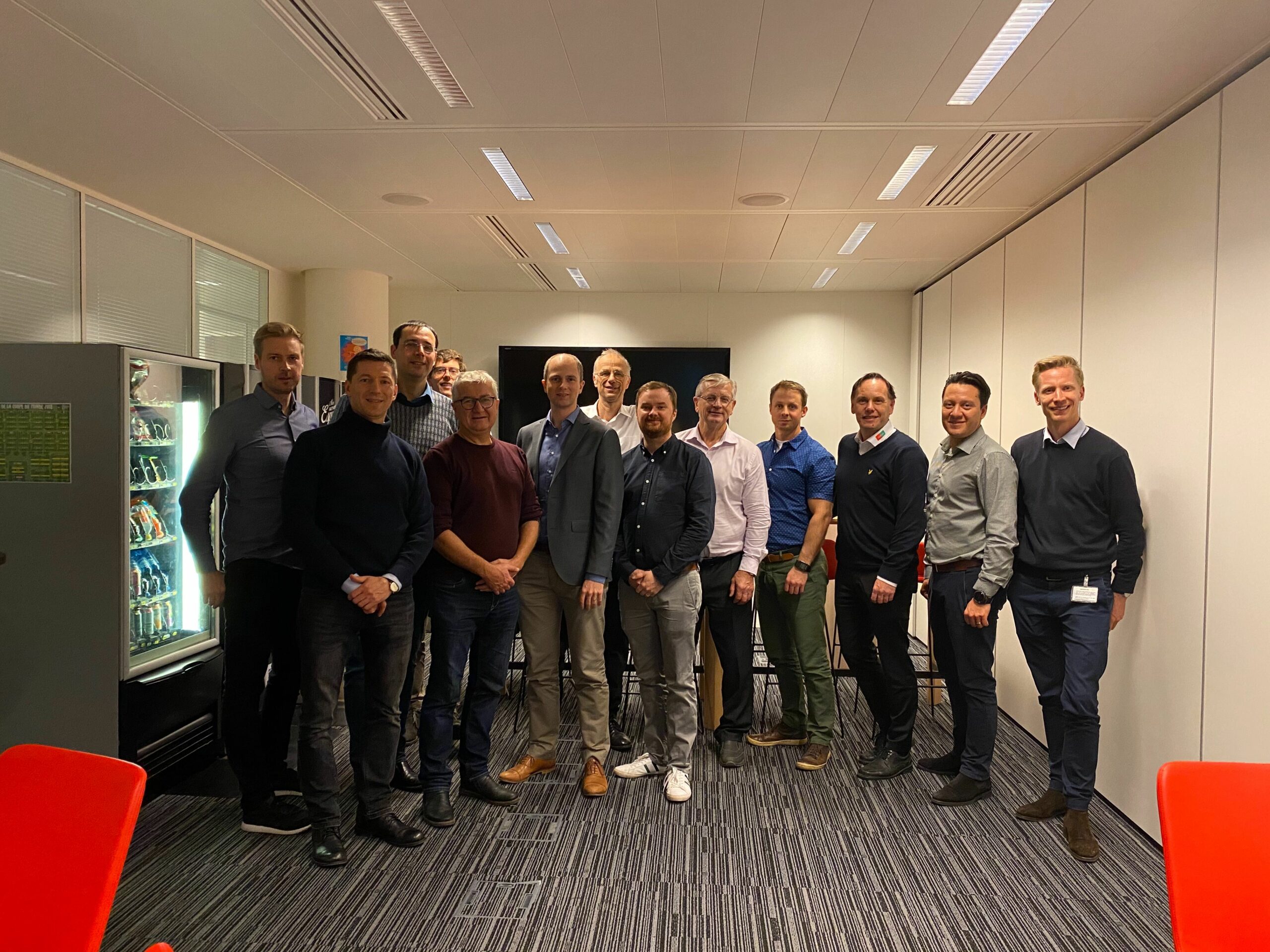